Everybody Apprenticeship provides Holly with a range of career avenues

Everybody Apprenticeship provides Holly with a range of career avenues 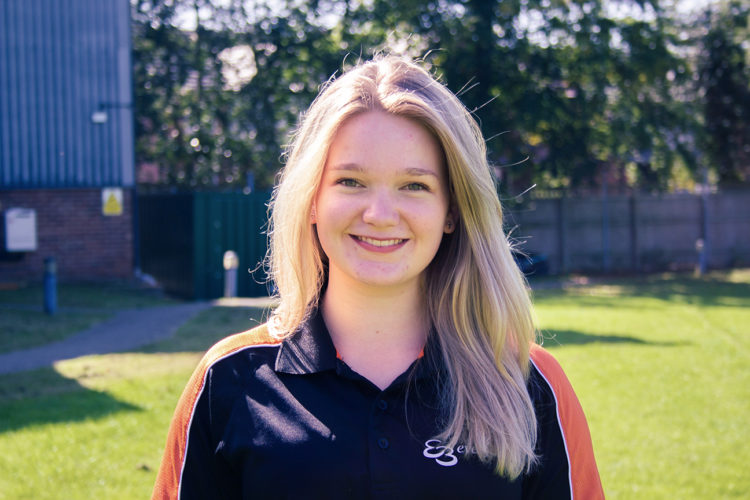 Holly found the gym helped her with her confidence and mental health and she wanted to help others get the same benefits as well. Holly’s love for health and fitness made her want to do something in that area so decided to apply for the apprenticeship.

She didn’t think she would get it, she received an email inviting her to come for an interview with the Everybody Academy, following the interview she found out there and then she was successful.

She shares: “Before I joined Everybody I had been previously very poorly with my metal health struggling with Anorexia, depression and PTSD. I was nearer to the end of my recovery journey when I joined as an apprentice. I found in a sense, working for Everybody saved my life, I was able to find confidence in myself, a purpose and another reason to live.

It kept me going on the days I needed it the most, it was a reason to keep going when you feel like giving up, which is exactly what I needed at that time. Now I have found my confidence again and enjoy my job and my life. Working for Everybody and all the new opportunities it presented, helped me get to where I am today and helped me achieve more than I had previously thought possible.”

Holly shared she loved ruining the bootcamp and circuits classes, seeing members build their confidence, reaching their goals as well as the inductions and programmes element. The apprenticeship programme enabled Holly to learn a lot about the company.

Holly paid for her Personal Training qualification because she loved the fitness side of her apprenticeship so much, she qualified in January/February 2019 and applied for a Personal Training role at Everybody and she was successful in getting the job.

Since completing her apprenticeship, Holly is now a part time Health and Fitness instructor, casual Personal Trainer with weekly clients, Swimming Teacher and works on reception.

Holly has recently been successful in getting the Activator role at Everybody Sport and Recreation, to support with Everybody’s Disability and Inclusion sessions which she starts on the 12th August.

To anyone thinking of doing an apprenticeship with Everybody, Holly shares:

“Just try it, just go for it, you will get more out of it than you think, so many different avenues you can go down.”

We are excited to announce that apprenticeship opportunities with Everybody are now open for Leisure Team Apprentice and Customer Service Apprentice. Applications close 23rd August 2021. You can find out more here or contact our Everybody Academy on [email protected]

You can read more about Holly’s journey as an Everybody Apprentice here as well as the amazing recognition she has received for her hard work and dedication, winning numerous awards, including the Special Apprentice Recognition at the South Cheshire Chamber Awards. 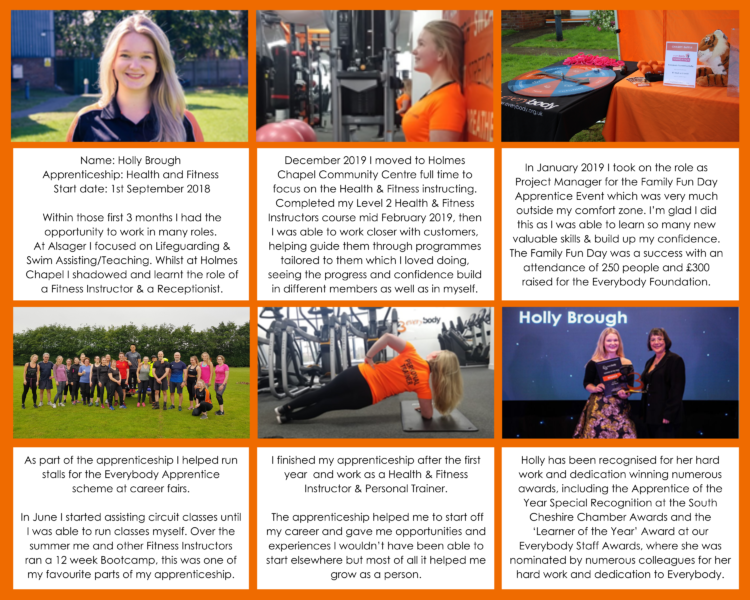